Sam Blackman is a junior in the Department of Biological and Agricultural Engineering working toward a dual concentration in environmental and ecological engineering. He works in Natalie Nelson’s Biosystems Analytics Lab where he analyzes water quality data taken from the National Estuarine Research Reserve System. His current focus is modeling dissolved oxygen trends in marsh creek habitats. Blackman spent this summer participating in the Texas A&M Belgium Environmental Science and Technology Study Abroad program. Having never venturing outside the U.S. before, Blackman ended the summer traveling to 7 countries. Along the way he got the opportunity to learn about water management practices in Europe.

Why did you choose to go on this trip/choose this program?
I chose to go on the Texas A&M Belgium Environmental Science and Technology Study Abroad because it fulfilled 2 courses toward my major: Hydrology and Animal Waste Management. I was also eager to travel abroad because I have never ventured outside of the U.S. before and I felt that learning about water management practices in Europe would be beneficial to my education and career. 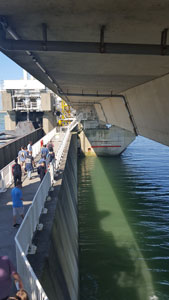 Did you run into any challenges?
The most challenging part of the trip was not being a fluent speaker in French or Flemish. Although many Belgians spoke English, I always felt bad for having to ask them to speak English. If I were to travel back, I would definitely brush up on French or Flemish beforehand.

What are some of the more memorable moments of the trip?
I like to think that I had a favorite experience from every weekend: Boat tour in Bruges, Lourve and Comedy Show in Paris, American Military Cemetery in Luxembourg City, White Water Rafting in Chamonix, Berlin Beer Festival and Topographies of Terror in Berlin.

Did you get to visit any other countries?
Yes! If you count Dublin, Ireland, which I flew through, I visited 7 different countries during my study abroad experience. Belgium is incredibly central to Europe, for example, I took a 1 and a half hour plane ride to Berlin from Brussels.

What did you learn?
I learned a whole lot! I would say that the field trips to all kinds of water treatment facilities, including surface water to drinking water, ground water to drinking water, and waste water, were the most enriching and gave greater insight about what a career in that field would entail. I also learned about how to European Union’s regulations differ from the U.S. EPA’s, which was fascinating. 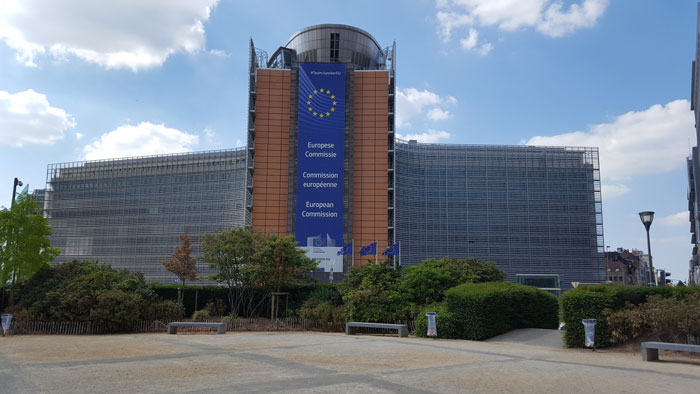