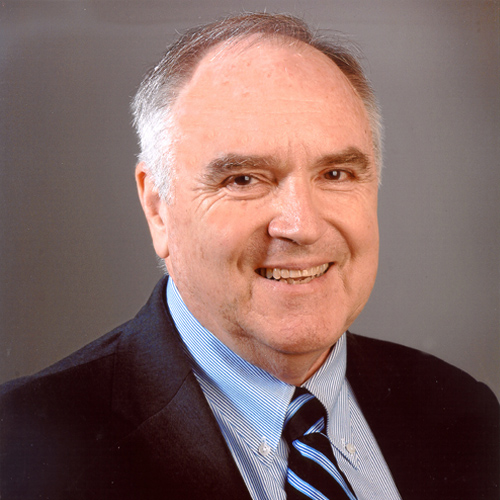 Dr. Whitaker is internationally known for developing methods to evaluate the performance of mycotoxin sampling plans for agricultural commodities. Mycotoxins are carcinogenic compounds produced by fungi and found in a variety of foods. As a result, over 100 countries control maximum limits in foods and feed. His research studies include (1) the measurement of variability associated with sampling, sample preparation, and analysis, (2) determination of the aflatoxin distribution among sample test results, and (3) development of statistical models to predict the performance of mycotoxin sampling plans at detecting contaminated consignments in the food chain.

His research has assisted domestic and international producers, processors, manufacturers, exporters, importers, and regulatory agencies to develop mycotoxin control programs. Methods developed for mycotoxin have been extended to evaluate the performance of sampling plans used to detect genetically modified seed in grain, TCK spores in wheat, pesticide on seed, protein allergens in food products, and toxic compounds in fruit.

Dr. Whitaker has authored or co-authored 120 refereed publications and has made over 100 presentations at national and international scientific meetings and workshops. His research efforts have established Dr. Whitaker as a recognized expert and world leader in his field. Dr. Whitaker has received numerous awards. His research program has been recognized by the Food Engineering Division of ASABE as one of the six outstanding research achievements of the 20th Century; he received the Harvey W. Wiley Award from Association of Official Analytical Chemists (AOAC) for achievements in research; and he received the Group Honors Award for Excellence from the Secretary of the U.S. Department of Agriculture for expanding U.S. wheat exports to China, Brazil, Mexico, and India. He has been invited to participate as a member of several international committees and expert consultations. The methods developed to evaluate the performance of mycotoxin sampling plans have been accepted and used by USDA, FDA, the US peanut, almond, and grain industries, as well as internationally by FAO/WHO, IAEA, regulatory agencies, and food manufacturers in the various countries. Working in a team environment, his research provided vital information that helped establish worldwide standards for mycotoxin limits and sampling plans for peanuts and almonds traded in the export market.

Dr. Whitaker’s service to agriculture continued the family tradition. His father, John V. Whitaker, served many years in the NC Dept. of Agriculture and later as Secretary of the NC Milk Commission. His father-in-law, Ralph Greene, developed and supervised the BAE Research Shop from the late 1940s to 1973.

methods to evaluate the performance of mycotoxin sampling plans for agricultural commodities. Methods include (1) the measurement of variability associated with sampling, sample preparation, and analysis, (2) determination of the distribution among replicated sample test results, and (3) development of statistical models to predict the performance of mycotoxin sampling plans.

Develop Sampling Protocols to Detect Aflatoxin in Maize and Groundnuts in the Food/Feed Supply Chain for Regional Trade in Africa
US Dept. of Agriculture (USDA)(6/10/13 - 9/30/17)

Sponsor: US Dept. of Agriculture (USDA)

The Foreign Agricultural Service (FAS), Office of Capacity Building and Development (OCBD) Trade and Scientific Capacity Building Division (TSCBD) conducts trade and scientific capacity building (TSCB) activities to facilitate a country?s development, rural economic growth, and agricultural trade. OCBD in partnership with the North Carolina State University (NCSU), the Common Market for East and Southern Africa (COMESA), the African Agricultural Technology Foundation (AATF) and the International Institute for Tropical Agriculture (IITA) will carry out the activities described below in support of the Agriculture and Food Security Technical Services program. Objectives: Specific objectives defined by the participants of the Nairobi, Kenya meeting included: 1. Initiate the drafting of a commodity sampling protocol for small lots. 2. Better understand the African situation and things to consider when developing the sampling protocol. 3. Better understand the science and statistics behind the development of sampling protocols. 4. Identify, review and evaluate current analytical methods with the objective of establishing a common set of analytical methods to be used within Africa. 5. Develop an action plan over the next two years to develop and adopt a harmonized sampling protocol and to establish common aflatoxin testing methods.