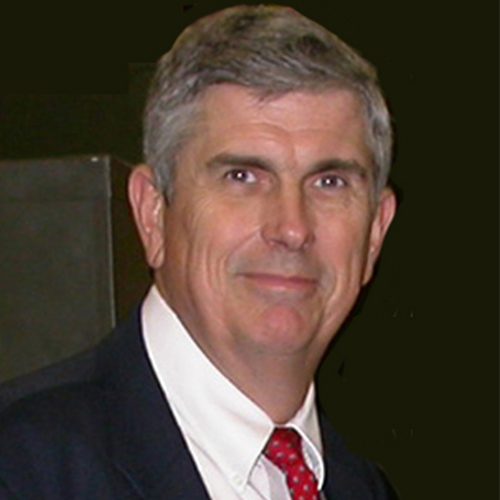 The purpose of this project is to develop recommendations for peanut growers relative to the decisions they will make on variety selection, fertilizer applications, regulation of plant growth, and harvesting. This project will also help growers improve pest management by developing new strategies and refinement of currently accepted integrated pest management (IPM) strategies. Controlling Palmer amaranth and other problematic weeds in peanut is important to obtain optimum yields and this project will include herbicide evaluations and their interaction with cultural practices. Knowing the impact of cropping systems on peanut yield and economic return in the entire production system will help growers make informed decisions on crop mixes given fluctuations in crop prices. This project will define important interactions so that growers will know how to manage pests in peanuts given their previous rotation strategies. Determining when to dig peanut is one of the most important decisions a peanut grower will make during the season. With expansion in peanut production across North Carolina and presence of Cooperative Extension agents and other people in agribusiness with limited experience with peanut, assistance with pod maturity clinics prior to harvest is essential. Funds requested for this project will be used to address important issues faced by virtually all peanut growers. Active engagement of Cooperative Extension Service agents in problem solving will also be included in this project.

Growers often prefer to see results from large-scale, on-farm research that are developed locally to assist them with management decisions. The research community also has demonstrated that using larger plots often leads to better results from testing. The challenge has always been land and resource allocation needed to compare many treatments and treatment combinations. Small-plot testing has been an effective option and is reflective of treatment differences in some but not all instances. To address the need to compare some treatments in larger plots, the NCPGA, Extension Administration, faculty in the Department of Crop and Soil Sciences and the Department of Entomology and Plant Pathology, and several agribusiness companies purchased a dump cart with the capacity to weigh large quantities of peanuts in the field and dump peanuts into large, tractor trailers. This equipment will facilitate a greater number of experiments with larger plots and will result in a greater number of Extension agents conducting on-farm research. The dump cart was built in spring 2021 and was used to harvest peanuts in replicated trials in five counties (10 trials). The goal in 2022 is to expand research to additional counties. Extension specialists and agents will coordinate approximately 15 trials in 2022 comparing varieties, pest management treatments and plant growth regulators based on discussions in spring 2022. The NCPGA will also provide input into what comparisons need to be made.

Agriculture is N CÃƒÂ¢Ã¢â€šÂ¬Ã¢â€žÂ¢s leading industry and its most dangerous with a fatality rate six times greater than the average of all industries. While tobacco handling and harvesting equipment is not the highest source of injuries and fatalities in N C, it is a significant cause of tobacco production-related deaths and injuries. The NC Agricultural Foundation, in partnership with the NC Agromedicine Institute will target tobacco growers and workers by: 1) reviewing all tobacco equipment related injuries and fatalities in the last 5 years to determine the root cause of those events; 2) developing short, high impact videos in both English and Spanish that graphically show similar scenarios of people being caught in equipment; 3) providing training in equipment safety and first on scene response for tobacco growers and workers; 4) conducting health screenings both at educational programs and during tobacco field work; 5) providing SMV signs and first aid kits to all growers who attend our programs.

Weed control remains one of the most costly aspects of container nursery crop production. Growers commonly use three to six applications of preemergence herbicides per year but weeds still emerge. As there are no selective postemergence herbicides for broadleaf weed control, growers must rely on hand labor to remove emerged weeds. Supplemental hand weeding costs have been estimated to be as much as $4000 per acre per year. In recent research, we demonstrated that increasing the frequency of hand weeding could reduce weed reproduction and spread by up to 80% and (more importantly) reduce cumulative weed control costs by an average of 40% compared to common grower practices. Growers trained in these principles understood the implications and advantages but few have adopted this strategy. When asked why, the most common answer is limited availability of labor to allocate to this task. In the 2017 State of The Industry survey, ÃƒÂ¢Ã¢â€šÂ¬Ã…â€œlabor issuesÃƒÂ¢Ã¢â€šÂ¬Ã‚Â was ranked as the number one concern by 68% of respondents (http://www.nurserymag.com/article/labor/). Additionally, 39% of survey respondents reported that the availability of labor limited new hires. Clearly a weed control alternative that does not rely on labor for hand weeding is needed. In field nursery crop production, as in many other crops, postemergence herbicides may be applied as a directed application avoiding contact with the foliage of the crop plants. When applied in this manner, even non-selective herbicides may be used to control weeds around woody crop species. In container grown trees, non-selective herbicides such as diquat may be used to control emerged weeds using a traditional backpack sprayer. But in the majority of crop species grown in containers, such applications are rarely possible because of the crop density (greater than 20,000 plants per acre), and the close proximity of the crop canopy to the rooting substrate surface. The objective of this proposal is to develop a prototype application system that can deliver targeted low-volume, herbicide applications to the substrate surface of individual pots. The prototype system will turn the pot 360o while uniformly applying preemergence and/or postemergence herbicides in an ultra-low volume, below the crop canopy. Such a device could be attached to a potting line, a mechanized pruning machine, or to nursery robots. Deployment of such as system has the potential to dramatically reduce the need for hand weeding in many woody nursery crop species. Traditional broadcast applications of herbicides in container nurseries result in as much as 80% of the applied herbicide falling on the ground between pots. Therefore, utilization of the proposed application system would target herbicide applications where needed, avoiding waste and potential environmental contamination.

This project will address an area of interest to peanut growers; plant stress management during the production season. Peanut may be subject to various forms of plant stress during the growing season. These include drought, nutrient deficiency, and disease. A preliminary study using the GreenSeekerÃƒâ€šÃ‚Â® sensor indicated that sensor technology could be used to monitor and quantify the effects of plant disease. A second study looked at Unmanned Aerial Vehicle (UAV) based sensors to measure and assess the impact of stress on peanut development. This project will continue efforts to develop cost effective and practical sensor and imaging protocols to monitor stress in peanut during development.

Several technologies have been investigated in recent years to improve harvest efficiency for peanut. Among these are automatic chain speed control, variable depth digging control, and a cost effective peanut yield monitor. This project will complement those efforts by continuing development of a modified peanut digger-shaker-inverter design that will allow for a smoother flow of plant material with reduced losses. Initial efforts to redesign the shaker mechanism have shown promise but need to be continued with fresh engineering expertise and concepts. Secondly, peanut may be subject to various forms of plant stress during the growing season. These include drought, nutrient deficiency, and disease. A preliminary study using the GreenSeekerÃƒâ€šÃ‚Â® sensor indicated that sensor technology could be used to monitor and quantify the effects of plant disease. This project will continue efforts to develop cost effective and practical sensor and imaging protocols to monitor stress in peanut during development.

Wetland monitoring in NC has a ten-year history with much data collected on many wetland types. Important stakeholders are working with NC DENR to develop and implement a Wetland Program Plan. During this process, the agency was reorganized and funding was cut to NCÃƒÂ¢Ã¢â€šÂ¬Ã¢â€žÂ¢s Wetland Monitoring Program. As a land-grant institute whose mission is to protect the health and well-being of its citizens and natural resources, we must buffer the effects the elimination of this program will have on NC. This proposal seeks to expand the work done by the Wetlands Monitoring Program in NC by executing several key components documented in the EPA approved WPP. This proposal will expand and continue the monitoring of hydrology, water quality, soils, and biota at 18 long-term sites. The data from these sites will be analyzed to assess trends in wetland condition and establish baseline metrics for wetland mitigation as well as monitor other long term changes in wetland services. The efficacy of innovative technology will be tested to collect remote data. The proposal also will develop a comprehensive database for wetland monitoring data collected in NC. This will include establishing a wetlands monitoring technical workgroup to contribute to a more unified and robust monitoring effort in NC. The database will include data from a wide number of entities along with protocols for entering future data. This centralized wetland database will provide efficient access to wetland information for state and federal agencies as well as the public, including mitigation providers and conservation organizations.

Drying and Storage of Grain Sorghum

Grain sorghum production is becoming an attractive option for North Carolina farmers. While the drying and storage equipment and practices are similar in many respects to equipment and practices used for corn, there are some notable and significant differences. This proposal is designed to explore those differences and develop or adopt best management practices for safe and effective storage of grain sorghum.