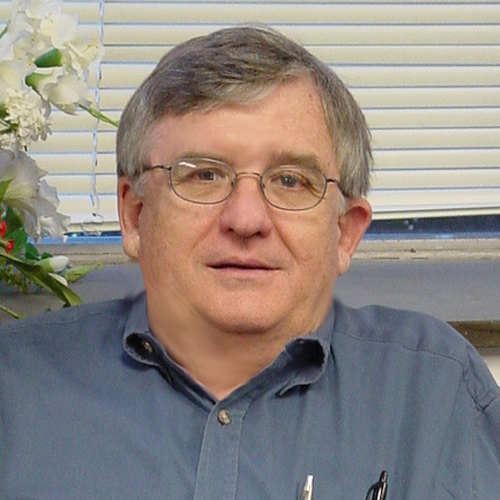 Frank taught and undertook research and public service work as a member of the faculty of the Department of Biological and Agricultural Engineering at NC State University and the Department of Agricultural Engineering at the University of Kentucky. His areas of engineering expertise include machine design, human factors engineering, and biomechanics. He applied this expertise in solving problems in the harvesting and processing of agricultural crops, the protection of humans from noise and vibration in mechanized agriculture, and improvement of methods of management and treatment of orthopedic injuries in animals and humans.

He was a leader in the early development of study opportunities for students in the area of biomedical engineering at NC State as well as in the evolving broader area of engineering as applied to living systems in agriculture and elsewhere. He taught and advised students at the undergraduate and graduate levels and published in the areas of his academic responsibilities and interests.

He served as chair of the NC State Faculty Senate and director of graduate programs and interim head of the Department of Biological and Agricultural Engineering. He served for 9 years as the lead member of the staff of the Office of the Provost, most recently as senior vice provost and chief of staff where he was responsible for coordinating the operation of the provost’s staff, consisting of 10 vice provosts, and for providing support and leadership in general faculty and academic affairs administrative service areas. He was also responsible, in collaboration with the academic deans of the colleges, for the administration of reappointment, promotion, and tenure system. He led the creation of the Faculty Center for Teaching and Learning and collaborated in creating the Learning Technology Service at NC State. He served as the first NC State director of graduate programs for the Joint UNC-CH/NC State Department of Biomedical Engineering. He taught the undergraduate senior engineering design course sequence for biomedical engineers. The department is a joint department between the NC State College of Engineering and the UNC-CH School of Medicine.

Frank grew up in Edgecombe County, North Carolina, near the small town of Pinetops. He is married to Judy Waters, an interior designer in private practice, and they have two sons, both NC State graduates: Cameron is a professor and head of chemical and biological engineering at Drexel University, and Bradley is a senior product manager at Google in Mountain View, CA..

Noteworthy: Abrams held the position of Senior Vice Provost and Chief of Staff at NC State University for 9 years.

Some high-yielding cotton varieties with good fiber quality characteristics are prone to seed coat fragment (SCF) generation. Currently, there are not cost effective methods for breeders to screen new lines for their potential to generate SCFs until late in the variety development process. Protocols and equipment are needed that will allow breeders to test for susceptibility of SCF generation early in their breeding programs. Based on work we conducted at NC State University (1,2,3), we will build and evaluate a tester using a commercially-available load sensing device. Shear measurements of different diameter wooden rods (or other test material) will be taken with both Instron and Dillon test systems (Dillon system provided by Cotton Incorporated). The data will be analyzed to determine if the Dillon force gage can provide relative differences in shear force comparable to the Instron system. The evaluation will also consider if the Dillon test can be efficiently operated by hand or if a drive motor will be necessary to provide consistent shear measurements and minimize operator fatigue. If a drive motor is deemed necessary, a properly designed motor and gear system will be developed. Next, measurements of fuzzy cotton provided by Cotton Incorporated from two different varieties will be evaluated with both test systems (Dillon and Instron). One variety is known to generate seed coat fragments and the other is a standard variety without a history of seed coat fragment generation. If the force gage is acceptable, additional cottonseed shear devices will be fabricated and provided to Cotton Incorporated for use by breeders at other research locations as identified in objective 2. All evaluations to meet objectives 1 and 2 will be completed by December 31, 2004. 1. Abrams et al., 1993. "Shear testing of cotton seed". ASAE Paper No. 93-1064. 2. Abrams et al., 1994. "Comparison of cottonseed shear testing with ginning quality". ASAE Paper No. 94-1022. 3. Bowman, D. 1996. Testing cotton seed coat quality. 1996 Proceedings of the Beltwide Cotton Conference 1:623-624