Emory New is one of those students people know before actually meeting her. A graduating senior from the Department of Biological and Agricultural Engineering, helping people is at the heart of everything she does.

Emory grew up in a rural community located in Nash County, North Carolina. “Agriculture is very near and dear to my heart because of where I grew up and with my family being involved in the industry,” she explains.

Throughout middle and high school Emory was an active member of the North Carolina 4-H Program and later Future Farmers of America. A middle school robotics course introduced her to engineering and problem-solving skills she continued to explore through The Engineering Place, a summer program offered by NC State College of Engineering (COE).

Those interests, paired with an on-campus experience, eventually led her to study at NC State University.

Like many of her classmates, she was immersed in school activities from the moment she set foot on campus. Emory’s participation during Welcome Week, a campus-wide event for new students, led to a fateful meeting with the American Society of Biological and Agricultural Engineers (ASABE) student chapter within the BAE department. “They invited me to a cookout,” she recalls. “When I got there everybody was like family, and I knew, these are my people, and this is where I belong at NC State.”

Emory was selected as a Goodnight Scholar beginning her freshman year. A comprehensive student development program, Goodnight Scholars is designed to develop students into leaders within the STEM and STEM education fields by providing access to a variety of enrichment, professional development, mentorship and networking opportunities throughout their undergraduate studies.

As part of their participation, first-year students select one individual to interview from an area of the college they’re most interested in learning about.

“I was like, well, I’m gonna go big or go home,” Emory says. “I interviewed Dr. Fox because he heads the department, and I wanted to know more about him, the department itself and ways that I could get involved.”

Her capability to lead was evident both in and out of the classroom. By 2020, her sophomore year, she had completed an internship, studied sustainable agriculture in Oaxaca, Mexico, was a Goodnight Scholars Program ambassador, the Fountain Wars team president, an Engineering Place camp coordinator and a College of Agriculture and Life Sciences (CALS) Pack Chat mentor.

“From the start, you could easily see that Emory was going to be not only an outstanding engineer but also an outstanding leader, “says BAE department head and professor Garey Fox. “She has a gift where people look to her for guidance and gravitate towards her for her insight. I truly value her amazing contributions to our department, and I cannot wait to see her future career take off.”

The pandemic hit – students were sent off campus, courses and club activities transitioned to a remote format, and students were isolated from their classmates and peers. Through it all, Emory continued to lead and grow into roles that would build upon her platform. In fall of her junior year, she became a Chancellor’s Aide, took on two additional roles for the Goodnight Scholars Program as a mentor and a First Year Seminar teaching assistant, and was appointed ASABE treasurer.

“[Emory] took on that role with ease, and during an entire school year weighed down by COVID, she continued to share with me her ideas of how to develop strong working relationships within our officer team,”  explains current BAE graduate student and former ASABE president Carly Graves, who also acted as a mentor to Emory. ”I always appreciated her efforts and desire to build strong relationships for the betterment of our club and just the department overall.”

The next semester Emory enrolled in postharvest engineering, an introduction to the aspects of the proper postharvest handling of fresh produce, with Philip Morris professor Mike Boyette that turned out to be an integral connection and turning point in her academic and professional career. He recommended Emory for a position with Kornegay Family Farms and Produce, a fourth-generation family farm located in Johnston County, where she conducted Good Agriculture Practice (GAP) audits of 6500 acres of commodities and more than 68 laborers for the USDA, Global, Tesco and GAP Connections programs, and cultivated a social media campaign that garnered a 20% increase in followers.

By the beginning of her senior year, Emory took on new roles as a BAE department ambassador and ASABE club president. As president, she secured a donation of 2000 pounds of sweetpotatoes from Kornegay Family Farms for the club’s annual fundraiser to cover expenses for members’ participation at the ASABE Southeastern Regional Student Rally. Additionally, she reached a goal of increasing club membership by 30% and organized four new action committees.

“I first had [Emory]…in my class in the spring of 2021 and I have had her for nearly two semesters in the two-course sequence Engineering Senior Design,” says Boyette. “I have been teaching Engineering Senior Design since 2001 and over time I have taught nearly 900 students. I spend two semesters in the classroom with my students and a lot of outside lab time with them, therefore, I get to know many of them quite well. Further, I get them only after they have endured a few years of rigorous engineering training. With few expectations, all my senior design students are excellent students and more importantly, excellent people….some, however, excel in various ways that makes them stand out from the ‘ordinary’ best. Emory is in a class by herself.” 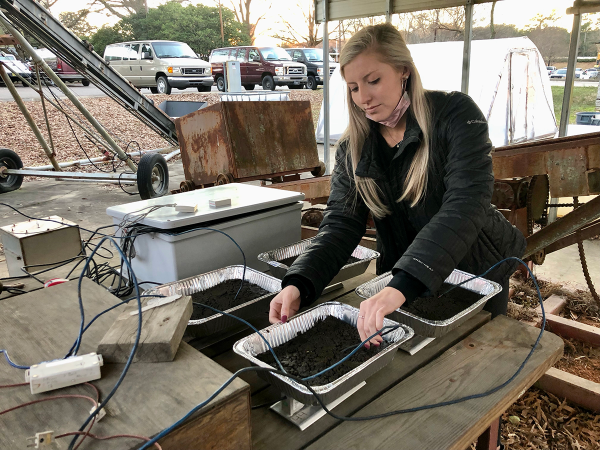 After presenting the group research to faculty and the BAE advisory board, Emory was offered an internship with Agri-Waste Technology (AWT), a professional engineering and consulting firm serving agricultural, industrial, municipal and residential clients.

“This role merges my passion for helping those in the agriculture industry by utilizing both my technical engineering background and communication skills to promote how farmers are properly managing their farms,“ explains Emory. “AWT actually helps farmers with funding from [the Natural Resources Conservation Service] to upgrade their equipment, and when farmers get the chance to get money back from their investments on these upgrades, that truly makes an impact.”

The Next Generation of Agricultural Leaders

“I’ve always wanted to connect the producer with the consumer, and what better way to do that than solving problems in agriculture,” Emory says. This is the driver that led her to study at NC State University and the heart of the industry challenge she seeks to solve.

The seed to run for the 2022 North Carolina Watermelon Queen planted itself in her mind while working at Kornegay Family Farms, which also grows an assortment of produce including tobacco and watermelon, during watermelon harvest season. After learning more about the North Carolina Watermelon Association (NCWA), connecting with local extension agents, and speaking with a former representative, Emory realized the role could be an opportunity to expand on her platform by connecting producers and consumers while promoting North Carolina agriculture. 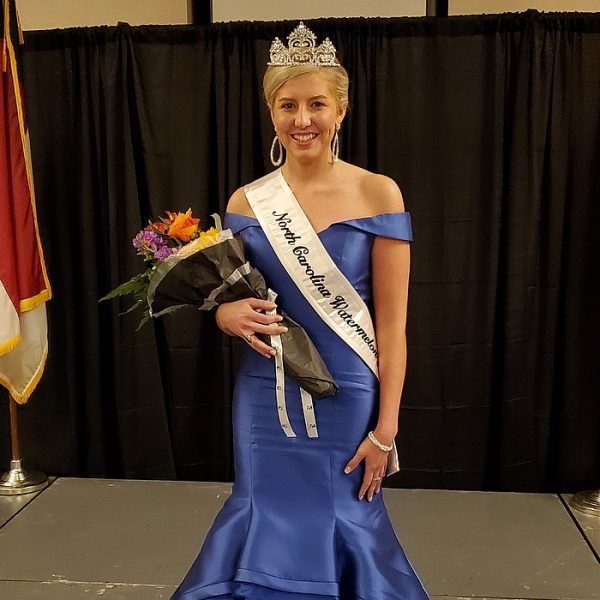 In March, she was crowned 2022 North Carolina Watermelon Queen during the NCWA’s Convention in Wilmington, North Carolina. She aims to amplify her message by connecting directly with consumers through social media and engaging with producers and researchers to promote opportunities that contribute back to North Carolina agriculture communities.

“The North Carolina Watermelon Association is excited to have Emory serve as our queen for the state this year. She represents the growers, packers, shippers and companies involved in the watermelon industry that support North Carolina agriculture,” says NCWA president and Howell Farms owner Frank Howell. “She is an intelligent young lady, capable of expressing herself very well and answering questions from the science side of watermelons, which we often get, for example, ‘how do you get seedless watermelons?’ She’ll also be using her engineering background to develop some curriculum for The Engineering Place summer camps to reach those younger people.”

Emory will be graduating this Saturday, May 7, 2022 with a Bachelor of Science in Biological Engineering and will represent her class as the undergraduate student speaker during the BAE ceremony under Weaver Pavilion at 1:30 p.m. She was recently recognized for her undergraduate academic contributions and achievements with the BAE Senior Award for Leadership and COE Senior Award for Leadership. In addition to her responsibilities as Watermelon Queen, Emory will remain enrolled in CALS where she is currently working towards a Master of Microbial Biotechnology.