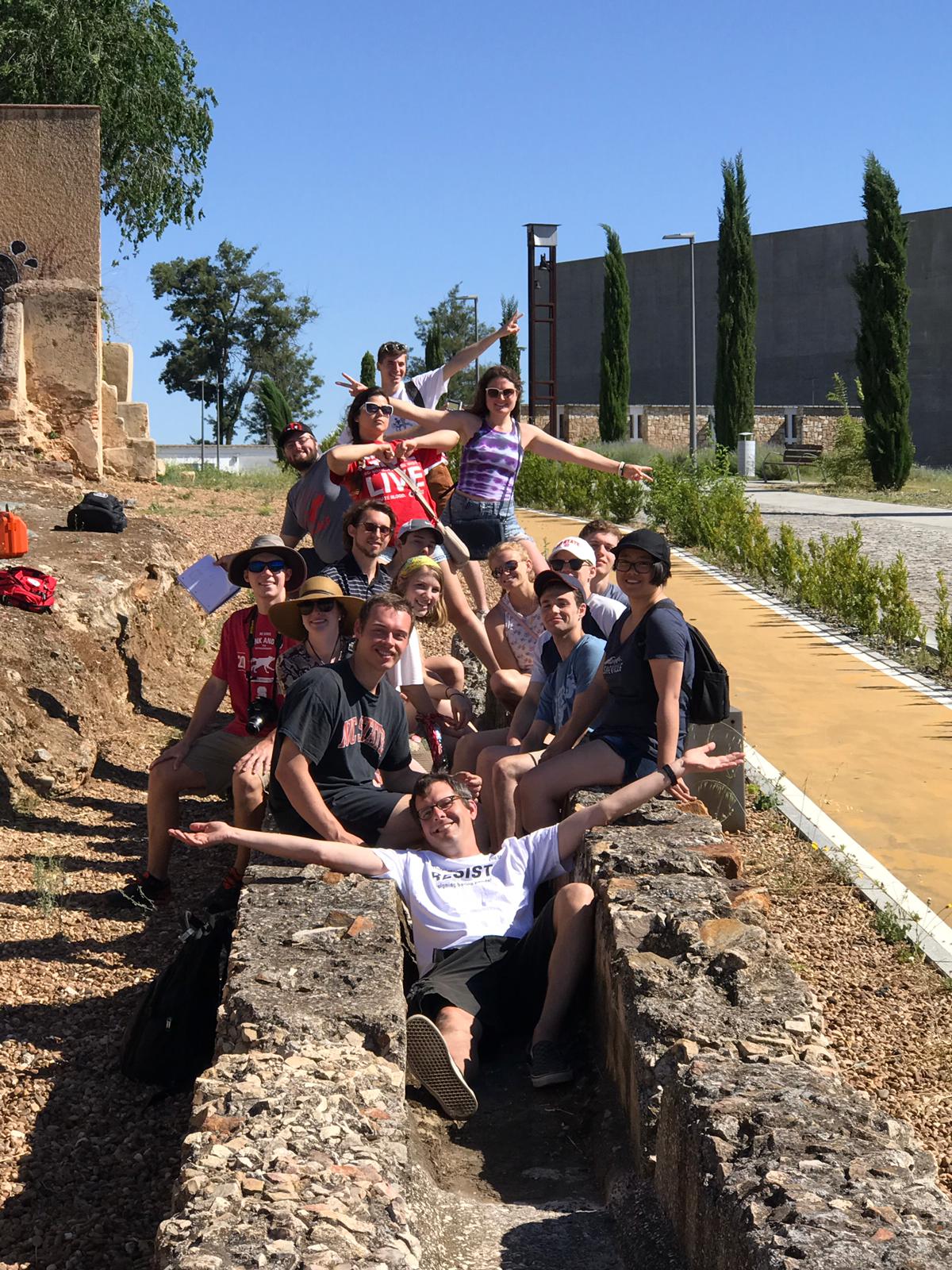 Brie Saur is an incoming senior in the department of biological and agricultural engineering. She works as an intern at McAdams, a civil engineering, land planning, landscape architecture and geomatics firm. This summer she took part in the first year of the Engineering in the Roman Times study abroad program in Spain run by Dr. Bill Hunt.

Based in Oviedo, Spain, this program identifies and explores technological and scientific developments from Spain and the United Kingdom principally, associated with the Roman Empire. Key elements include Roman engineered structures and the societal, cultural context for why they were needed and then constructed.

The course will focus on how the Romans engineered structures that we still use today, or still follow the principles of their design standards. The end goal of the class will be for students to design various structures or predict how well the structures would have worked. Expected types of constructions that participants may design include streets, stormwater harvesting systems, heated baths/ heated floors, or aqueducts. Participants will spend time in the US before and after the three weeks in the host country. Learn more about the program here.

Why did you choose to go on this trip/choose this program?

After my semester-long study abroad, I knew I wanted to do another summer trip during my undergrad. I chose to go on this trip mainly for the timeframe of it. I have a summer internship and did not want to take too much time out of that but still very much wanted to do some sort of summer study abroad before I graduated. Because this trip was only 3 weeks, it was perfect! I also really loved the fact that it was run through the BAE program and that Dr. Hunt was the instructor, being how fun and enthusiastic of a professor he is.

What did you learn?

Since the class was on Roman Engineering, I learned quite a lot about the Roman Empire. Not only did we learn about the mechanical side of Roman engineering but we also got to learn the history behind the Roman Empire and how it was built from the ground up. We got to do interesting exercises like survey a Roman aqueduct and calculate how much water it could supply to a city, research how the Romans mined and do a scavenger hunt through a Roman museum. Of course, I also learned a lot about Spanish culture and what it was like to live in Spain!

Which countries did you visit? 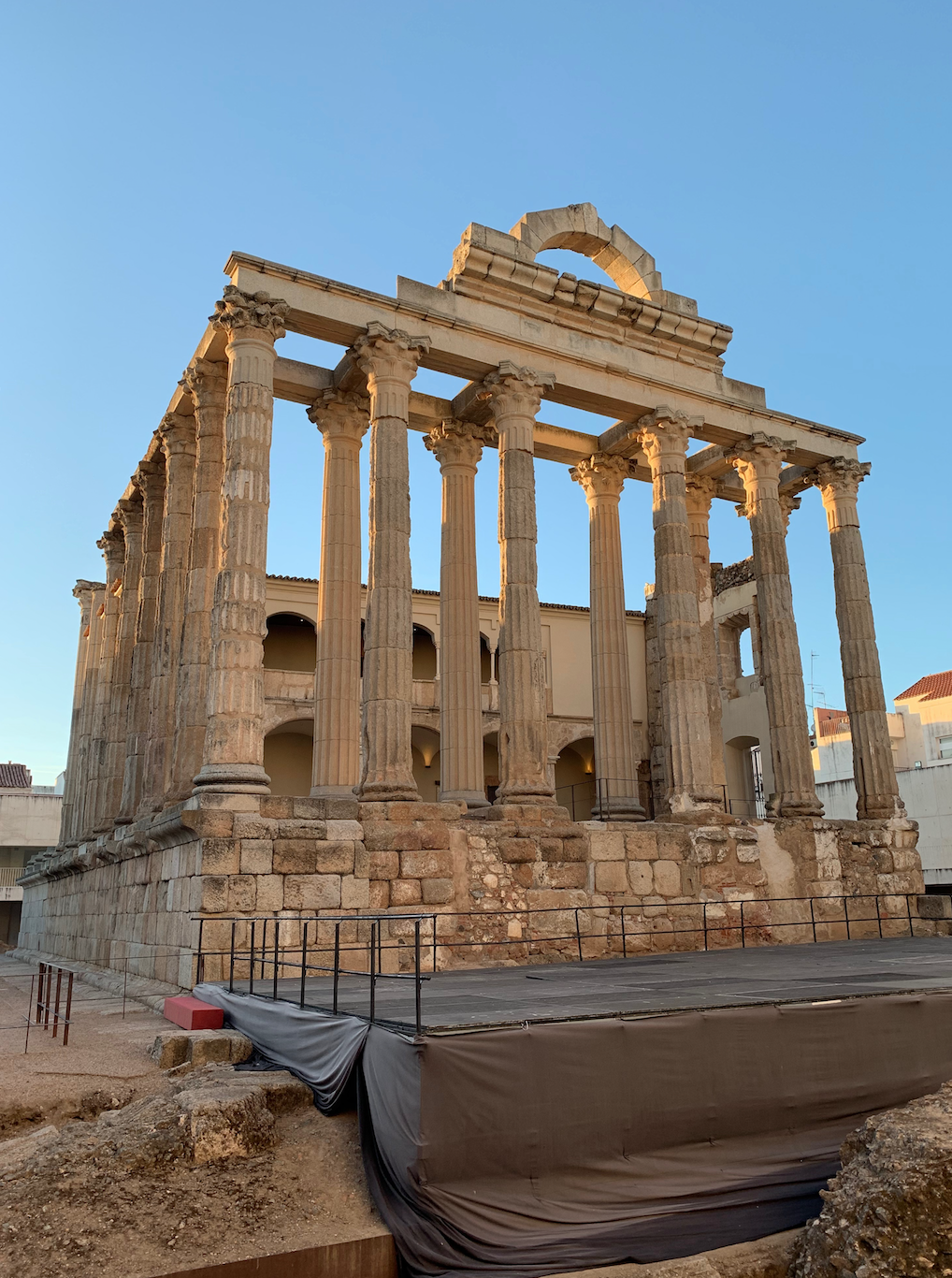 I stayed solely in Spain while I was there since it was such a short timeframe and I had never been. On our class field trip, we spent four days in Merida which was beautiful. We also had two three-day weekends and I traveled to Leon for the first and Seville for the second. Many of my friends from the trip took trips to Paris on the weekends and even travelled for one or two weeks after around Europe!

What are some of the more memorable moments of the trip?

I would say the most memorable moments of the trip happened during the second week. The entire second week was spent traveling with the class to Merida, which was about a 9-hour bus ride. While we were there we were engulfed in roman ruins and had private tours, museum tours and a big class dinner where we had paella the size of the table. One of my other favorite moments was our last class dinner. It was with all of the guest lecturers as well as our entire class and it was a great way to end the trip.