Last Tuesday evening, the College of Engineering (COE) hosted their annual student awards program. Every year seniors are nominated from each engineering department in one of four categories: Scholarship, Leadership, Humanities, and Citizenship and Service.

Congratulations to the BAE award recipients who were previously recognized at the BAE student awards banquet:

From the departmental nominees, one student is selected each year as the COE winner in each category. This year, two BAE seniors were honored by COE.

Winter was awarded the Scholarly Achievement Award by the College of Engineering for her work both inside and outside of Weaver Laboratories.  Recently named a 2018 National Science Foundation Graduate Research Fellow, the Park Scholar has participated in significant research as an undergraduate and has already taken advanced graduate level classes. Last summer, she took part in a National Science Foundation Research Experience for Undergraduates in which she conducted a tracer injection study at a stream restoration project where two years earlier she conducted research during the construction period of the project.

Embodying the Think and Do spirit of NC State, she actively pursues opportunities to present and discuss her research in presentations and conferences. A champion of science communication, Winter also uses social media to share her research with others, connecting with faculty and students to share ideas and research experiences.

Winter is the vice president of the Alpha Epsilon honor society at NC State, and is a leader in Park Scholars. She was also the team leader in her BAE Senior Design group. She will continue her education after graduation in a PhD program at Purdue University. 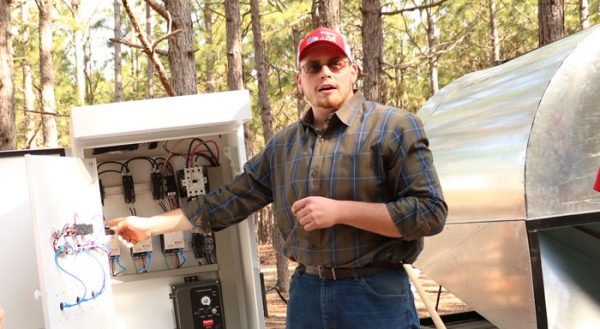 Matthew Parker was awarded the Citizenship and Service award by College of Engineering for his significant contributions to improve the welfare of his fellow students, citizens and the community.

He is currently president of the Alpha Epsilon Honor Society in the department and is vice president of the NC State student section of the American Society of Agricultural and Biological Engineers. His commitment to citizenship and service is illustrated by his time interning for North Carolina Senator Tom McInnis and his time working with nonprofits as a fundraising consultant and benefit auctioneer. 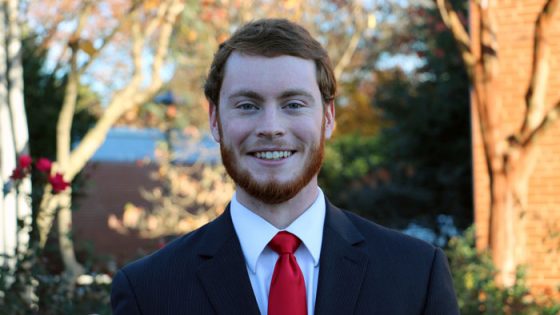 Alex Greeson was awarded the Leadership Award by the Department of Biological and Agricultural Engineering. Greeson is currently the president of the NC State student section of the American Society of Biological and Agricultural Engineers (ASABE) and has brought the group to unprecedented levels this year. He brought in several notable speakers, including North Carolina Senator Tom McInnis, and organized a group of students to travel to the ASABE Southeast Regional Rally at the University of Kentucky.

For his leadership in ASABE, he was recently recognized as the New Face in Engineering for ASABE nationally. New Faces of ASABE celebrates the activities and accomplishments of ASABE members, whose stories serve as inspiration to their peers, the public, and the future engineers. 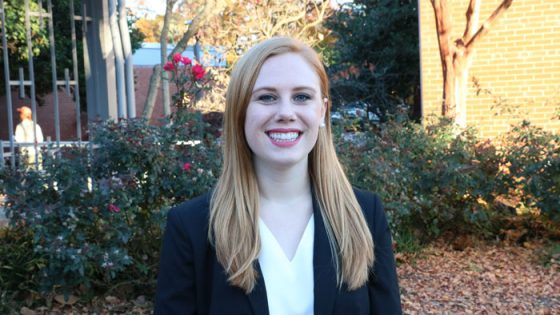 Lauryn Kabrich was awarded the Humanities Award by the Department of Biological and Agricultural Engineering. Currently serving as the Engineer’s Council Representative for our department’s student club, she is also a member of Tau Beta Pi Engineering Honor Society, Pi Beta Phi Fraternity for Women, the University Scholars Program, and Chi Alpha Christian Fellowship.

She has considerable internship, research, and outreach/engagement experience throughout her undergraduate degree, and these high-impact experiences further support her broad education. During her time as an intern for the  Bald Head Island Conservancy, she utilized her broad education in social sciences and humanities to educate the public about barrier island conservation and preservation. She also assisted a professor in Agriculture and Applied Economics with a social media start-up project in 2014 and also studied abroad at the University of Oxford in the UK through the University Scholars Program, studying 20th century British History and Shakespearean Literature.