New Faces of American Society of Agricultural and Biological Engineers celebrates the activities and accomplishments of ASABE members whose stories serve as inspiration to their peers, the public, and the future engineers who will follow in their footsteps. This year, two members of the Department of Biological and Agricultural Engineering were selected as these New Faces.

Nominated by engineering colleagues and fellow ASABE members, the 2018 Class of New Faces of ASABE was formally announced this week, at the 2018 Agricultural Equipment Technology Conference, in Louisville. 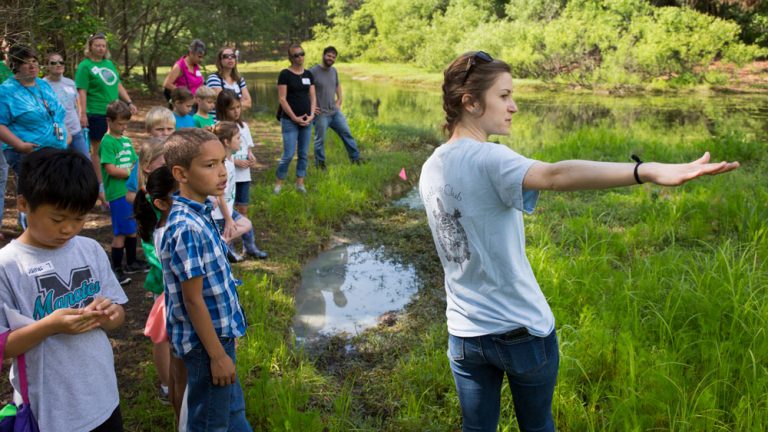 Dr. Natalie Nelson was named one of thirteen young members to the class of 2018 “New Faces of ASABE  – Professionals.”

Dr. Nelson is an Assistant Professor of Data Analytics and Integrated Modeling who leads the Biosystems Analytics Lab. This group takes a data-intensive, management-focused, and interdisciplinary approach to the study of complex biological system dynamics. Biological systems studied in the lab range from agricultural to aquatic, though most investigations focus on estuarine resources.

She received her Ph.D. in Agricultural and Biological Engineering from the University of Florida with the support of a NSF Graduate Research Fellowship, and she has conducted research at the Smithsonian Environmental Research Center as a Research Affiliate and NSF Graduate Research Intern. She joined the department in August 2017. 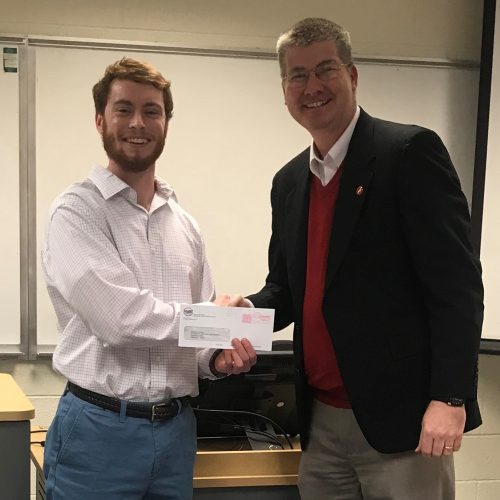 Alex Greeson has been named 2018 winner of New Faces of ASABE – College Edition.

Greeson, a senior, serves as president of the ASABE student chapter and is a member of the 1/4-scale tractor team, the Pack Pullers. For his senior design project, he is working on a machine that will reduce the hand labor involved in cleaning harvested pine straw to produce a high-quality landscape mulch.

As president of ASABE, he has brought in industry leaders to address the branch, and assisted the local ASABE chapter in hosting a combined continuing education event and career fair. Recently, he and other officers participated in leadership training hosted by the College of Agricultural and Life Sciences, then earned a $1000 prize for the group by successfully demonstrating the application of that training. He has also worked in the department as a research assistant, assisting with project design, building, and testing.

ASABE is an international scientific and educational organization dedicated to the advancement of engineering applicable to agricultural, food, and biological systems.