For the second year in a row the North Carolina American Society of Agricultural and Biological Engineers (ASABE) State Section meeting brought together students, staff, faculty, industry and government representatives from across the state. The meeting was held at Weaver Laboratories and was sponsored by Cotton Incorporated and Syngenta. 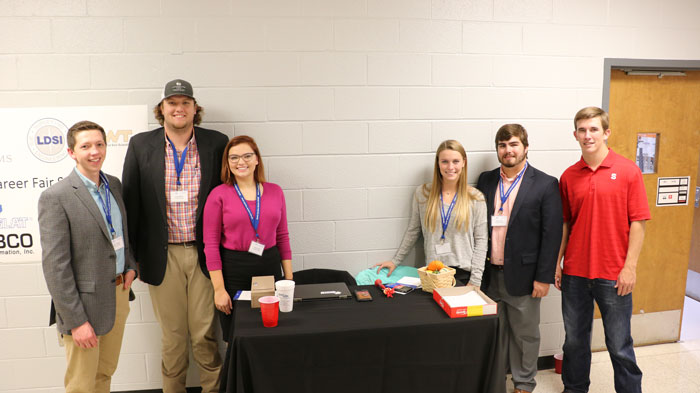 The theme of the event, Big Data Applications in Biological and Agricultural Engineering, brought speakers from NC State working in the area including BAE faculty Natalie Nelson, Mahmoud Sharara, Jason Ward and François Birgand. Bobby Vick, also a BAE alumni, brought an industry perspective representing Precision Hawk. The main event was followed by a presentation on ethics from the North Carolina Board of Examiners for Engineers and Surveyors by David Evans.

Updates from NC State and NC A&T ASABE student sections were given as well as updates from Pack Pullers, Alpha Epsilon and the NC State BAE Graduate Student Association. 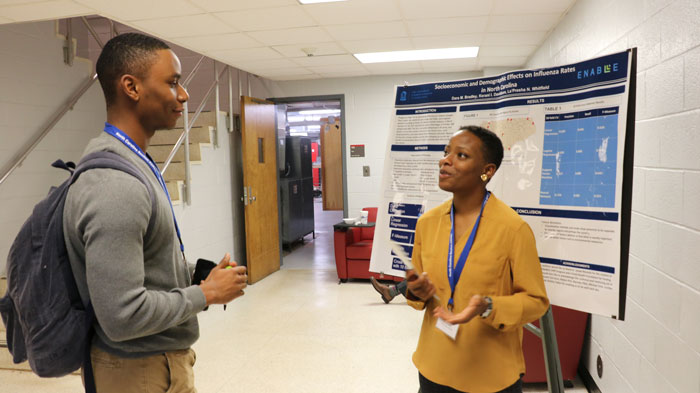 As was the case last year, the event was followed by the NC State ASABE student chapter’s Fall Career Fair. This year a record 16 companies attended to specifically recruit BAE students. LDSI, McAdams and Withers Ravenel sponsored the food and refreshments for the Career Fair.

Graduate and undergraduate students also took part in a research poster session. This was a great opportunity for NC State and NC A&T students to learn about each others work, and for BAE faculty and staff to learn about the amazing work and potential for collaborations within the department and between the universities.

Thanks to the companies who attended!